On Tuesday March 24, 2015 at approximately 11:15pm Officer Medieros was on his way into work.  As he entered East Providence on Route 195, he saw flames in the area of North Hull Street.  Officer Medeiros observed a vehicle on fire and could also see there was a person still in the driver’s seat.  As the flames spread, Officer Medeiros scaled a 6 foot fence, ran to the vehicle, unbuckled the driver’s seatbelt and pulled a dazed and confused driver away from the vehicle.  The driver was treated for injuries at a local hospital and ultimately made a full recovery.

For Officer Medeiros’ quick action and disregard for his own safety he is awarded the New England Association of Chiefs of Police Medal of Valor. 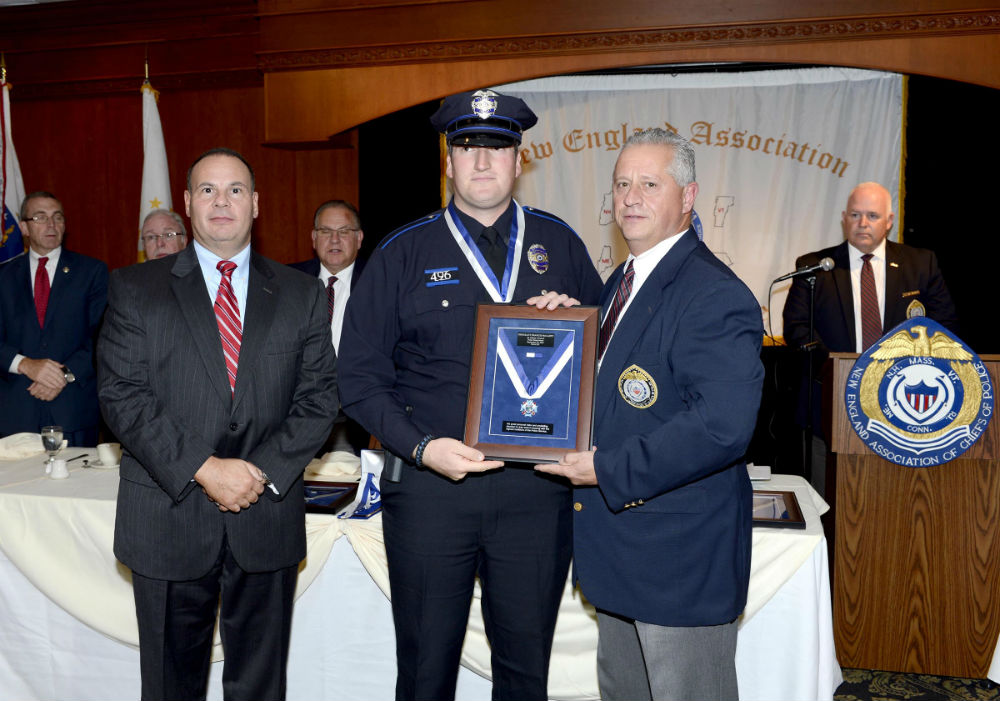 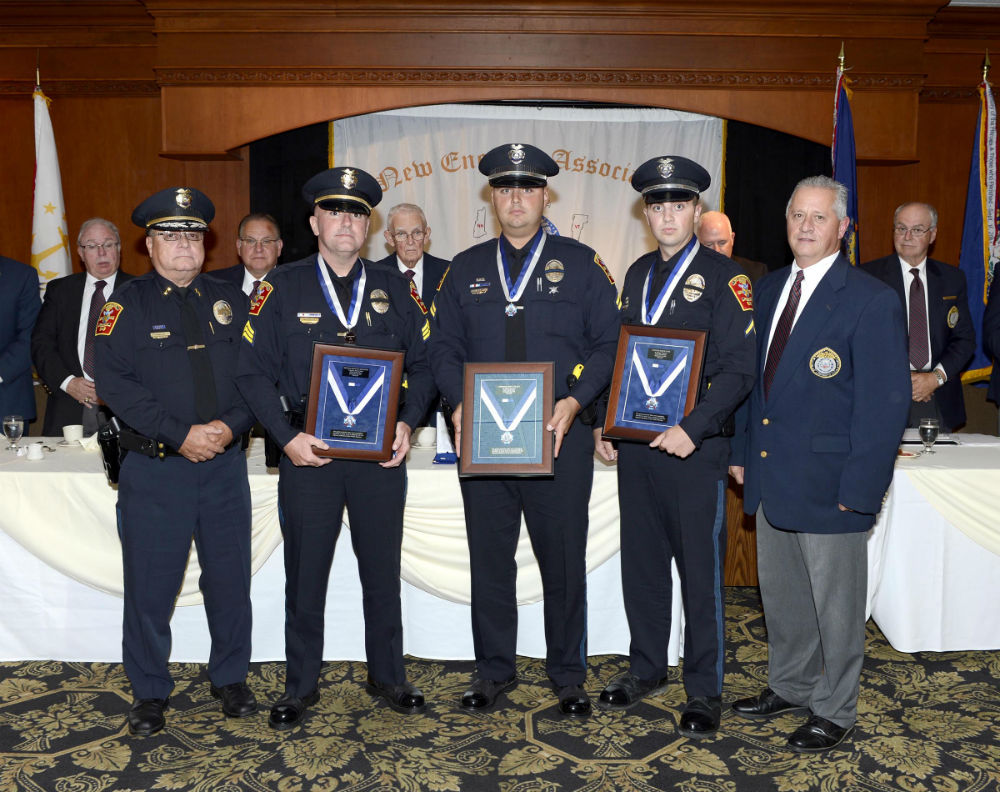 On July 30, 2014 just after 1:00am, fire. police and EMS personnel were dispatched to a reported fire on South Main Street in St. Albans.  The call was placed by a resident of the apartment building.  The caller was a double amputee who indicated his apartment was on fire and he could not get out.  When Sgt. McCarty, Cpl. Talley and Officer Cote arrived on scene, they heard a male voice calling for help.  The three officers entered the apartment where the voice could be heard and through flames, extreme heat, falling debris and an exploding oxygen tank (which knocked all three officers to the ground), they regained their composure and carried the victim to safety.  The victim had received serious burns to his back and arms.  Once he was taken outside to await medical treatment, these three officers rushed back into the burning building and evacuated eleven other people in four other apartments.

For their actions and complete disregard for their own safety, Sgt. McCarty, Cpl. Talley and Officer Cote are presented with the New England Association of Chiefs of Police Medal of Valor.