On September 15, 2015 after being alerted by his son, Deputy Sheriff Edward Cooper of the Rhode Island Department of Public Safety who was home   and off duty, confronted David Allison, age 34. Allison allegedly had murdered one victim and seriously injured two others.  One of the victims managed to escape and find help.

Deputy Cooper confronted Allison, who had exited the apartment building covered in blood and holding a knife, and ordered him to the ground. After repeated requests Allison finally complied. Deputy Cooper approached Allison, kicked the knife away and held him at gunpoint until he was taken into custody by the Providence Police.

For his actions, selfless disregard for his own safety, and exemplifying the ideals of our profession Deputy Edward Cooper is awarded the New England Association of Chiefs of Police Medal of Valor. 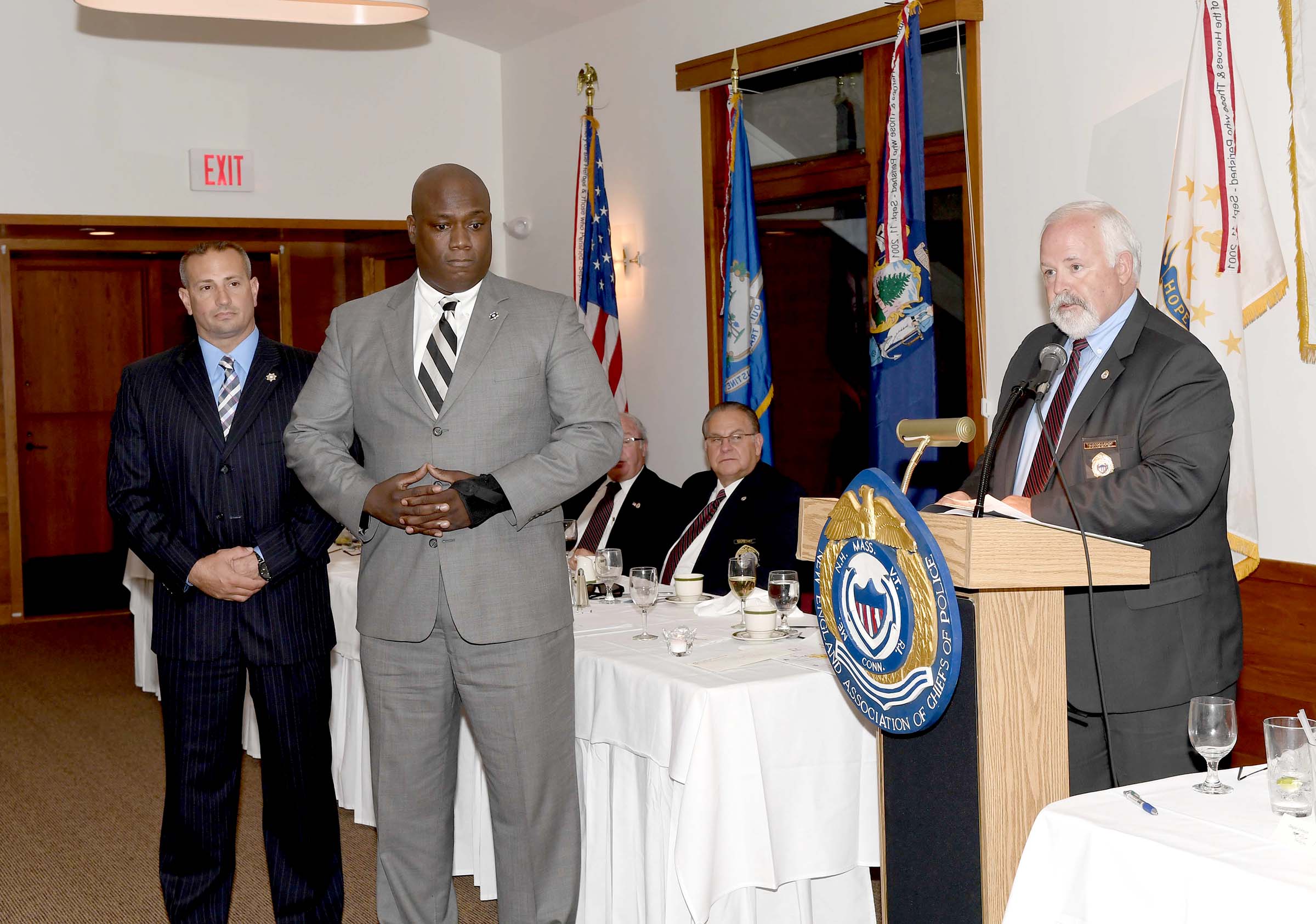 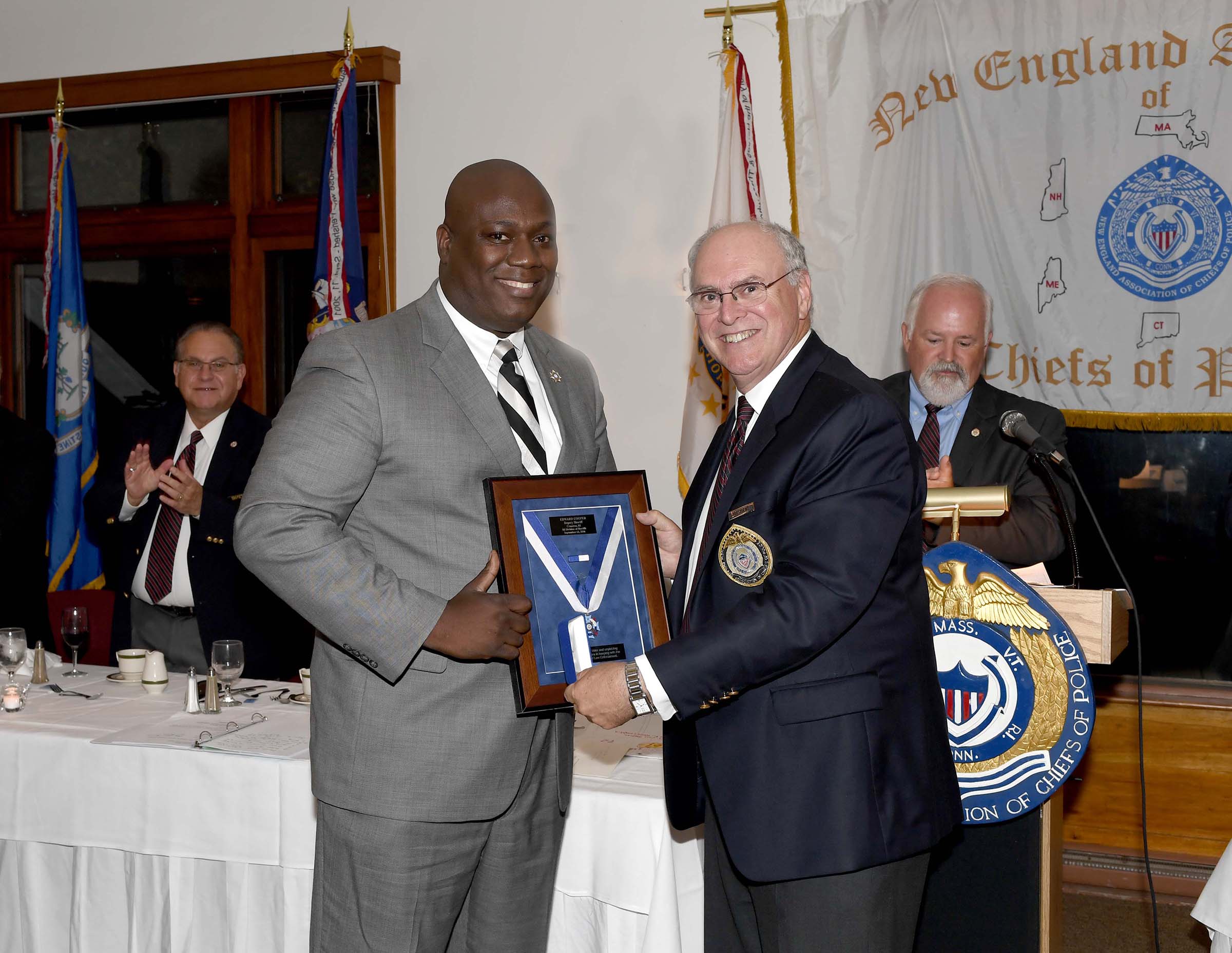